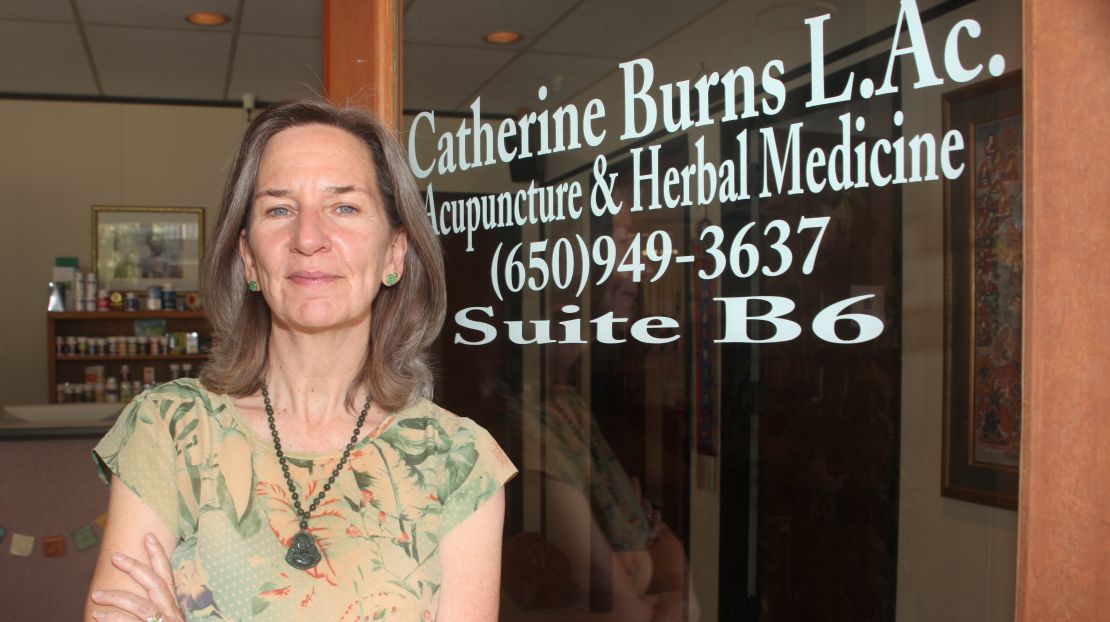 I've been licensed to practice the treasures of Traditional Chinese Medicine since 1992.  I've studied Qigong since 1985.  Having worked on several studies with the NIH and Stanford University and am fortunate to have Stanford Residents shadow me so that I can help them understand the true Integration of Medicine.

I've studied with Grandmaster Fu Wei Zhong, 13th Lineage Holder of the Emei Chan Tradition since 1996, which changed and transformed my life and level of healing ability.

Here's my story:  In 1985 I was introduced to Tai Qi Chuan and Qi Gong. After six months of diligent practice and doing specific Tai Qi movements, I felt a bolt of lightning through my hands. My teacher described this as Qi, and from that moment I knew I had to learn every aspect of this phenomenon.

During this time I was “adopted” by a 90 year old Chinese man I fondly call Pop. He would cook with herbs and explain that certain herbs were taken in the fall to prevent colds and flu in the winter, certain herbs taken now would prevent arthritis later in life, and so on. Pop was seeing an acupuncturist in San Francisco Chinatown, so I decided to try this ancient modality for my own health. Some people have a calling, and I felt Traditional Chinese Medicine was shouting for me. In 1987 I was accepted to the San Francisco College of Acupuncture.

In 1996 I took a Continuing Education Class with Medical Qi Gong Grandmaster Fu Wei Zhong. Under his tutelage and guidance, I became a disciple in 2000, and traveled to his monastery on Emei Mountain in China in 2002.

My passion for Acupuncture, Herbal Medicine, and Qi Gong permeate every aspect of my life. I have been working with Stanford University and the National Institute for Health since 1999. In the Spring of 2003, I was invited to participate in ongoing studies in conjunction with Harvard University and a major hospital in Beijing.

I also teach Qi Gong and Self-Healing techniques for people to be proactive in their health.